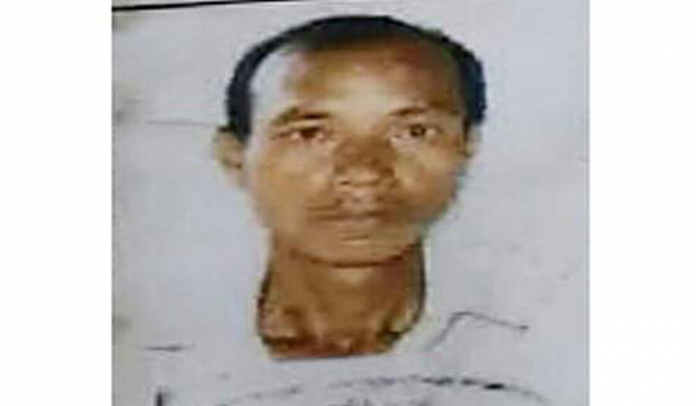 Hill Voice, 26 August 2020, Bandarban: A Marma man named Bimung Marma was murdered in planned way in Naikhyongchhari upazila of Bandarban. His body was found from the slope of the hill adjacent to Akashmoni Bagan of Ward No. 2 of Baishari Union of the upazila at around 9:30 pm on 25 August 2020 Tuesday.

The named of deceased’s father is late Natu Marma. His house is located at Athuimong Para area of Ward No. 2 of Baishari Union. He has one daughter and two sons.

He added that Uchinthowai Marma, the eldest son of Bimung Marma had filed a case with Naikhyongchhari police station against unknown persons. Necessary steps will be taken after receiving the autopsy report.

Meanwhile a local source has confirmed that on 23 August 2020 Sunday morning, deceased Bimung Marma went to Tri-Deba Murang Para in Fansiakhali Union of Lama Upazila with Mongching Marma of Athuimong Para on a rented motorbike to buy pigs.

Talking to Mongching Marma on the phone, it is confirmed that on Sunday, he dropped off Bimung Marma at the rubber garden of the Ward No. 2 of Baishari Union and returned to the area. On that day, after purchasing the pig, Bimung Marma informed to over phone about his returning to the area.

He further said that after knowing his mobile phone was switched off, then a group of 50/60 people went out to look for him in the Rubber Bagan area of ​​the district council last Tuesday.  While searching, suddenly we found a sack for keeping pigs in the staff house of the rubber garden and searched further in that area. At one stage of the search, we found the body of Bimung Marma lying on the slope of the hill on the west side of the nearby Akashmani Garden of Miu Marma and sent the news to the Baishari Investigation Center.

Uchingthowai Marma, the son of the deceased Bimung Marma, said on his mobile phone that his father had been killed in a planned manner. He demanded a fair trial for the murder.

He added that his father was a farmer and had been suffering from tuberculosis for a long time. Unable to work in agriculture, he made a living by running a small shop in Athuimong Para. Without his father who will take maintained the family?

There are also allegations that at least 20 Marma and Tanchangya villagers have also been killed in Naikhyongchhari upazila in the past few years by the armed Rohingya militant group RSO.