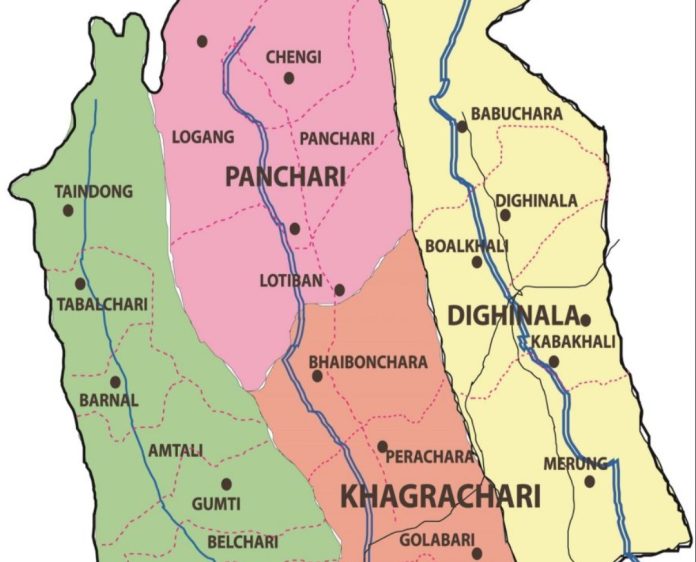 Hill Voice, 5 October 2021, Khagrachhari: Bengali settlers in Moratila of Panchari upazila of Khagrachari have cut down and pulled up more than 700 banana trees from a banana plantation made by Deba Ranjan Tripura, a resident of Padmini Para of Panchari. The incident took place on Monday morning, October 4, 2021.

It is learnt that at around 10 am yesterday, settlers Md. Anwar and Md. Abdul Motaleb gang cut and pulled up at least 700 banana trees planted by Deba Ranjan Tripura.

At that time, the locals staged a protest rally. Later, on the advice of the local elders and the administration, Deba Ranjan Tripura filed a written complaint with the Chittagong Hill Tracts Land Commission demanding a fair trial, but did not get any justice.

Then he planted banana seedlings in that place again. They were also cut and pulled up by the settlers yesterday.

It may be mentioned here that Deba Ranjan Tripura died of a sudden heart attack two months ago. As a result, the settlers became active to occupying his land again, the locals said.