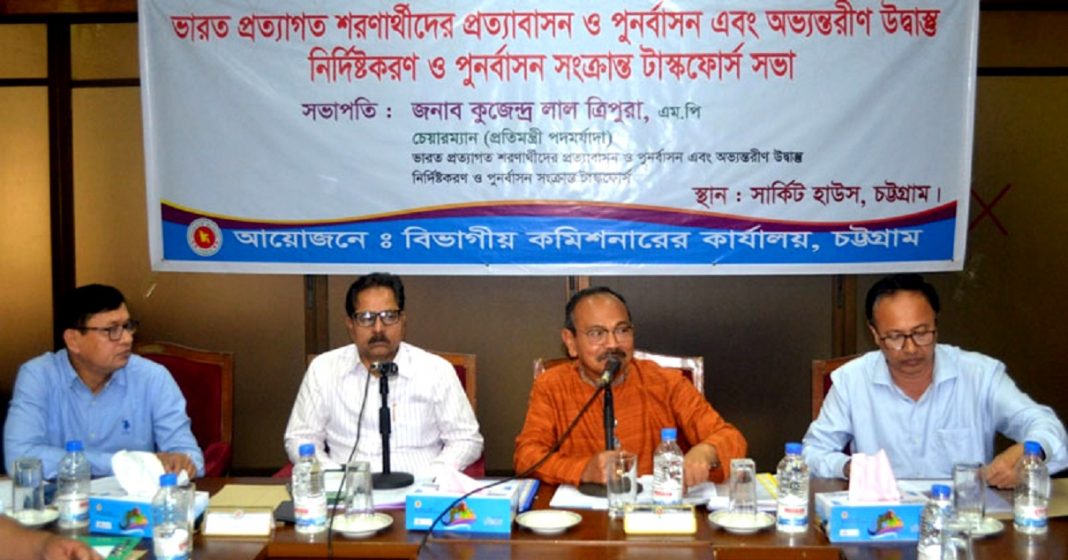 Hill Voice, 22 October 2019, Tuesday, Chittagong:  10th meeting of Task Force on Rehabilitation of India-returnee Refugees and Internally Displaced Persons has been held at Chittagong Circuit House in Chittagong city on October 22, 2019, Tuesday. Presided over by Chairman of Task Force, Kujendra Lal Tripura MP, the meeting was attended by its members including representative of PCJSS Sathowai Prue Marma and representative of India-returnee Jumma refugees Santoshita Chakma Bakul.

The meeting unanimously decided to rehabilitate India-returnee Jumma refugees and internally displaced Jumma families. According to latest update, there are 81,777 families of IDPs in Rangamati, Khagrachari and Bandarban districts.

Task Force meeting also adopted decision to send list of IDPs to the ministry concerned for rehabilitation by preparing accurate and corrected list of IDPs. The CHT Regional Council, Hill District Councils, District administration, Upazila Executive Officers, Union Parishad Chairmen, Mouza Headmen and Village Karbaries will be engaged in making updated list of IDPs. Those who died and migrated from the country will be deleted, says Task Force.

After making update, the list of IDPs will be sent to the ministry concerned through Prime Minister and rehabilitation process will be started by the government after approval of the ministry. Besides, the issues of exemption of loan and withdrawal of criminal cases of refugees and IDPs, seniority of reinstated job holders of returnee refugees, allocation of ration to them will be considered for implementation.

It is alleged that the government did not take necessary action in implementing the decisions of the meetings of these committees. It is to be mentioned that most of the economic facilities as per the Agreement were provided to most of the refugees numbering 64,609 of 12,222 families through the Task Force. But 9,780 Jumma families are yet to get back their lands; 890 families are yet to get cash against pairs of bullocks; and bank loan of many refugees has not been exempted. 6 primary schools, 5 bazaars (markets) and 7 temples shifted or illegally occupied from villages of India-returnee refugees have not been restored. 40 numbers of India-returnee refugee villages located at Matiranga of Feni valley, Manikchari and Ramgar Upazila, Dighinala in Maini valley, Mahalchari Upazila under Khagrachari hill district and in Maini and Longadu of Kachalong valley are yet under complete occupation of the Bengali settlers.

On the other, in the 11th session of Task Force meeting held on 15 May 2000, in absence of representatives from PCJSS and Jumma Refugee Welfare Samiti, 90,208 Jumma families were declared to be internally displaced families. No single family was rehabilitated. 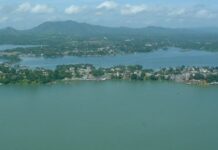 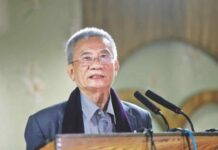