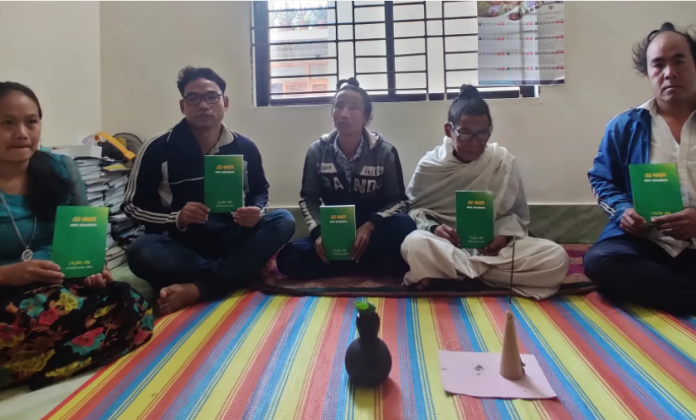 The unveiling ceremony of the first Mro language grammar book, written by Younguang Mro, a prominent Mro indigenous writer, was held at the author’s home in Ujani Para of Bandarban district town.

The book was unveiled by Lengyang Mro, a leading disciple of the Kramadi religion, the original religion of indigenous Mro people. Youngsing Mro, a Mro language teacher, and Ryong Mro, a social organizer of Mro people, were also present at the event. The book unveiling ceremony was completed quite casually.

In his career, Younguang Mro has been working on the socio-culture of the Mro indigenous people. In his academic career, he graduated in the Oriental Languages from Chittagong University in 2012.

As the story behind the book is written, the author says that while studying in the fifth grade of Sualok Mro Residential High School in Bandarban, he came across an English grammar sentence of an inspector of CHT Development Board. He could not answer that day because he could not understand the language. From then on, he promised to write a grammar book one day.

He has already published 28 books on Mro society and fairy tales. Among them 18 books in Mro language and 10 books in Bengali language. 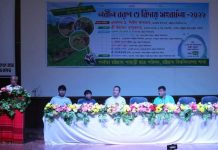 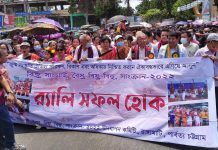