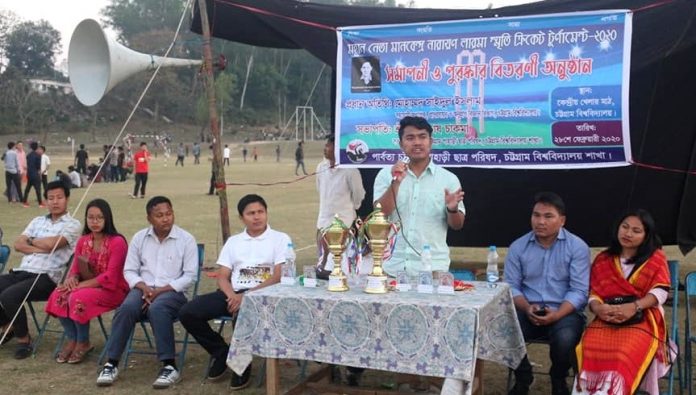 Naboday Chakma, joint convenor of organizing committee of this tournament gave his welcome speech where Srabon Chakma conducted and Ashutosh Chakma presided over the program accordingly.

The final match was played between the team Hill Force (2019-20 Sessions) and Tazingdong (2018-19 Session). Hill Force got 127 runs in their first innings. Tazingdong Team had to beat 128 run to win. Finally, they caught the target keeping 17 balls to play. 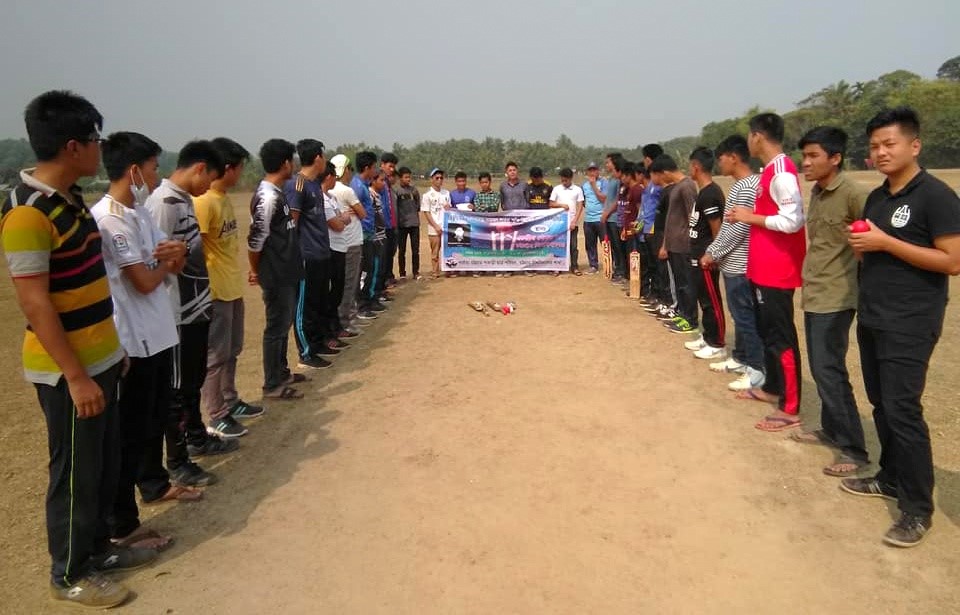 Chief guest Dr. Md. Saidul Islam in his speech said that sports is important for students to develop his/her physical and mental health. This game also bring all together. Jumma students should back to their own roots and walk for their nation. Students are the future in every society. Likewise, jumma students are also the future of jumma nation.

In the prize giving ceremony, speakers said that every jumma students should know about his/her own nation/society and the history of oppression, exploitation, suppression upon them. Students should stand against it. MN Larma stood and fought against it. We could follow him.

It is worth mentioning that the MN Larma Memorial Cricket Tournament 2020 was inaugurated on 15 February with the participation of 13 teams. 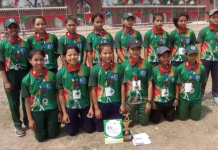