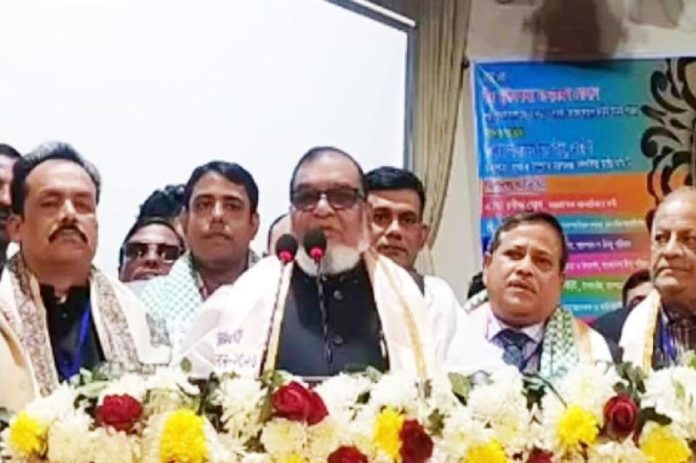 Hill Voice, 21 January 2023, Dhaka: The Bangladesh Hindu Parishad has demanded the implementation of the promises made by the Awami League to the minority communities in the 2018 elections, including the proper implementation of the Minority Protection Act and the Vested Property Return Act.

Leaders of the organization said to the government, minorities can no longer be used as a vote bank. If the promises made for the minorities in the election manifesto of Awami League are not implemented, the minority community knows how to implement the demands.

Bangladesh Hindu Parishad says that the minority community will no longer be used as a scapegoat or vote bank for any political party.

Yesterday Friday (January 20) the speakers at the International Hindu Conference held at the Supreme Court auditorium in the capital put these views.

Speaking as the chief guest at the event, Liberation War Affairs Minister AKM Mozammel Haque said, “Though the conspirators are small in number, they can create unrest in the country. There are people in the country who keep this kind of chaos. To control them, there are demands that Minority Protection Act should be introduced. I will present this demand to the Prime Minister on my behalf.”

President of Hindu Parishad International Committee (America) Satyabrata Kar said that the country became independent by losing the honor of mothers and sisters and fresh blood. But sadly, Hindu people could not enjoy the taste of freedom, instead being further persecuted.
Suman Kumar Roy said that the minority community will form a united tough movement not only at home but also on the streets to prevent all kinds of discrimination and to achieve political and social rights. They will remain on the streets until their demands are met.

Rupanug Gaur Das Brahmachari said, We are passing through difficult times. The conspiracy to uproot the Hindu community since 1948 has not stopped even today. We are being suffocated in silence.