[Dipayon Khisa, Editor of ‘Mawrum’ journal and ipnewsbd.com, had an interview with Dr. Kamal Hossain, one of architects of Bangladesh constitution and a renowned lawyer, on his memoirs of days with Manabendra Narayan Larma (M N Larma) and discharging duties and responsibilities as a Member of the Parliament, etc. This interview was published in the ‘Maorum’ by Hill Research and Protection Forum, as a special feature on M N Larma in 2007]

English version of this interview is being uploaded to hillvoice.net for the reader without bringing any change in it:

Dipayon Khisa: As members of the Constituent Assembly and Members of the First Jatiya Sangsad (National Parliament) both M N Larma and you discharge duties and as MPs both of you had interactions by then.

Dr. Kamal Hossain: When I happened to see M N Larma, by then he would look to be young. We both would sit side by side firstly, during session of the Constituent Assembly and afterwards in the House of Parliament. He would speak in strong voice in favor of the Jumma (Hill) peoples. He would say, you, the Bengali people, earned the rights through waging struggle. The Jumma people, too, cherish longings to enjoy the rights. Do consider the Jumma people issue in the Constitution being drafted in the Constituent Assembly.

I would often say to Larma that we, the Bengalis can feel at bone what the pain of deprivation is. Because the Bengalis, themselves, are the sufferers. Hence, as the sufferers, we can assure you that no discrimination will be meted out to the Jumma people. I told Larma the constitution stands equal for all. There will be discrimination of any form for none. All will enjoy equal status in the constitution. People belonging to all nationalities and religions will have equal rights.

In response, Larma would say, equal rights, it’s OK but special measures will have to be undertaken for them who are deprived. Larma had been highly vocal for establishment of rights to education, development and formulation of special measures and special rules for the deprived community peoples. He would specifically say about recognition to distinguishable culture, tradition and self-identities of the Jumma (hill) peoples.

We (the Bengalis) would say, the unity amongst us is unity of status. It is not our rule to coerce something upon somebody by merit of majority. Being the sufferers, we could never think of depriving somebody and oppress the minorities. We have said in the constitution on assertion of equal rights for all peoples irrespective of race, caste and religion.

In the parliament, Larma would often say that the hill people had been deprived in the past; and that their rights would have to be preserved. We told him, the Bengalis were also deprived in the past and even though being majority they were deprived. Hence, the pain for being deprived is not an issue unknown to us.

Larma laid confidence upon my words. Having prepared a plan, he submitted it to the Planning Commission. Thus, we received active response from him.

On mutual confidence between Larma and him, Dr. Kamal said –

We both came quite close to each other through interactions for so long a time. We talked without formality, for not mere for talking. We wanted to proceed having faith upon each other. I could sense that the distance that was created between us began to shrink slowly. He started lying confidence on us. He showed patience to some extent and liberalism to bear with the extent of implementation of our assurance and commitment or for implementation.

I arranged a meeting between Larma and Bangabandhu Sheikh Mujibur Rahman on Larma’ Development Plan. The meeting of Bangabandhu and Larma became very much fruit-bearing. Hearing Larma’s Plan, Bangabandhu spoke out remarking it to be very rational. Immediately after hearing the proposal, Bangabandhu ordered me to undertake an initiative to formulate a plan with the proposals of Manabendra Narayan Larma. Bangabandhu, once again, reminded me that special planning on development of Jumma people would have to be placed during talks with the donors. The donors would have to be made agree so that they would assure with commitment for development of the hill region. By then, Bangabandhu also stepped for administrative measures for implementation of Larma’s special plan. A committee was formed under leadership of A K M Asad, the best skilled and senior CSP official. This committee began to work for implementation of the hill development pan.

With Larma, Bangabandhu had a very cordial relationship so long he was alive. Our prime task was to build confidence. For that we would employ much time. I sensed that we were proceeding towards success.

He would believe in reasoning. Despite having separate view or different opinion with me yet he would listen to me attentively. He would continue discussion by way of raising reasoning and counter reasoning. I have never seen him getting vexed.

Towards the Jumma people community, on behalf of whom he would represent, his sense of responsibility was excellent. In each speech, Larma would frequently remind us to undertake measures for preservation of self-entity and tradition of the Jumma people. He would not give up after saying but he would adhere to his effort as to how he could realize the tasks or given commitments. He would always keep gathering the updates.

Observing Larma’s one-pointedness, Bangabandhu proposed him to accept ministerial post and to implement the planning, himself. But M N Larma did not agree. He said, as such, the people who sent him to the parliament, would take a wrong notion. They would hold that Larma, by now, has begun to work for himself.

In those days, having opportunity for ministerial post was a matter of taking proud. Those who were in the cabinet, all were freedom fighters and jail-returnees. To the country men, their status of dignity and honor was sky-high. But it was M N Larma who rejected the proposal of sitting among the ranks of this status-holding personalities – only thinking of his people. I could discover the greatness of his heart that day. It is very rare to be seen such love and attraction for people.

M N Larma did speak not only about the peoples of CHT, also he raised his voice on poor and working-class people in the parliament. His was a progressive thought. He would dream to build a society based on justice and he was for rule of law. He spoke several times for the working people in the parliament. He would think of peasants and talk of the weavers and fishermen. M N Larma would discussed on introduction of state governance free from discrimination. M N Larma raised a demand for introduction of special administrative system in the hilly region.

We had a consensus on bring in a change to the social structure and state governance system of colonial period and he sought Autonomy.

We also did not have different view to strengthen the local governments. We were not in opposition to the concept whereby the leadership will be in the hands of people of their respective areas. It is not only the Jumma people, why the people of Satkhira, Khulna or Noakhali should come to the capital again and again! Hence, we have mentioned in Section-56 under the Constitution providing a provision to strengthen the local government structure.

Dipayon Khisa: By then you asked to become Bengali and Larma opposed it.

Dr. Kamal Hossain: It is a matter of feeling. We had to bear enormous sacrifice for a state and recognition of nationhood. We got united shouting the slogan: “Awake! Bengali Awake!” For recognition as Bengali nation, also we had to wage a bloody war. The new-born state could not set free from the longing for being identified as Bengali. A strong feeling was very lively in us. It was not easy to ignore the demand of thousand years for recognition as Bengali. But getting recognized as Bengali does not mean that we will occupy the lands of Jumma people and evict them from their lands. We could never think of occupying wealth of others and sole earnings of others. But there was a fear of identity crisis with the Jumma people. Our becoming Bengali had not been a subject to coerce it upon others. That the independent identity of the hill people and identity of their own could be contradictory to the identity of Bengali – we could not think that way.

Bearing the responsibility of framing up constitution, Dr. Kamal said –

Larma would always keep the door open for discussion. During our talks, he never said: “I have heard these words many times and I will not hear any more.” He would never reject anything without logic. Those who had no intention for solution and no willingness and would say to Larma all the time: “…do not accede and will not accede”; it was they who termed Larma with such label. Larma would always keep the way open for discussion and continue to talk. Larma had no faith on the concept that goes: “…do not accede…will not accede.”

Dipayon Khisa: We know that after demise of Larma, as an MP, no condolence motion was passed in the parliament.

Dr. Kamal said: As an MP, it was appropriate to pass condolence motion over death of M N Larma. But I am not sure as to whether condolence motion was passed or not. This country, is a land of no rule. Condolence motion was not passed after death of Bangabandhu. Misery of any form should not be shown for recognition. M N Larma was an honest and ideal politician. It is duty and responsibility for all of us to imitate him; follow him and recognize him.

Interview with Dr. R S Dewan, the spokesperson of PCJSS 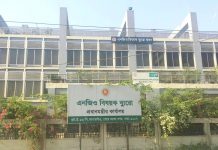