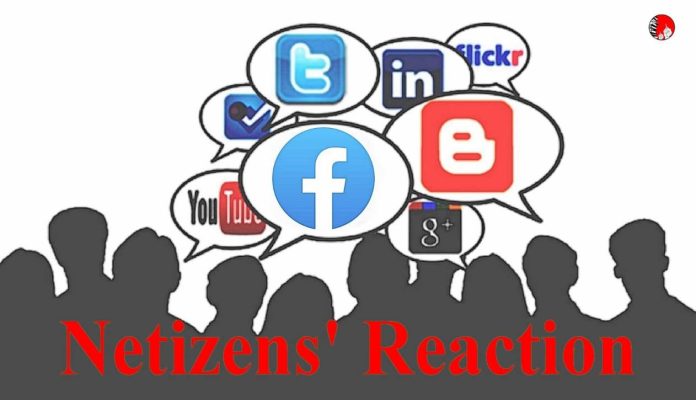 A netizen said, ‘There is no constitutional obligation that the word Adivasi cannot be used.’ Another person said, “If you can recognize as adivasi in 1993, why can’t you in 2022??” Another netizen demanded expressing deep anger, “Let the word ‘adivasi’ be removed from the Bengali language.”

It is to be noted that on 19 July 2022, this directive was issued on the subject of ‘Regarding use of constitutional word’ signed by Sheikh Shamchur Rahman, Deputy Secretary of the Ministry of Information and Broadcasting (TV-2 Branch), referring ‘Headquarters of Defense Intelligence Director General’s letter No. 22 dated 04.07.2022’, mentioning that, “The Fifteenth Amendment to the Constitution of Bangladesh has termed various small community groups in Bangladesh as tribes/minor races/ethnic sects and communities.”

The directive further states that, “University teachers, experts and newspaper editors and other members of civil society participating in the talk show organized on the occasion of International Day of the World’s Indigenous Peoples on 09 August 2022 are requested by order to publicize the constitutional obligation not to use the word ‘indigenous’ in the case of Bangladesh.”

It is particularly noteworthy that Sheikh Hasina, as the Leader of the Opposition in 1993 and as the Prime Minister in 2000 and 2009, gave goodwill messages on the occasion of the International Day of the World’s Indigenous Peoples by mentioning the word ‘Adivasi’. Even in the election manifesto of Awami League in the 2008 national elections, she mentioned the word ‘Indigenous Peoples’ and promised for the constitutional recognition of Adivasi and formation of a separate land commission the restoration of dispossessed lands of the indigenous Peoples.

It should also be noted that many national and special laws in Bangladesh recognize the term Adivasi/Indigenous. For example, the Chittagong Hill Tracts Regulation of 1900 mentioned ‘indigenous hillmen’, the East Bengal State Acquisition and Tenancy Act of 1950 as ‘aborginal’, and Income Tax Act of 1984 mentioned as ‘indigenous hillmen’. Besides, the Small Ethnic Group Cultural Institutions Act of 2010 states that the term ‘small ethnic group’ shall mean ‘indigenous’. In various cases of the High Court regarding Chittagong Hill Tracts and in various documents of the government, the word ‘Adivasi’ has been mentioned.

Ahead of the International Day of the World’s Indigenous Peoples, the Armed Forces Department of the Prime Minister’s Office, the Army Intelligence Agency DGFI, the Ministry of Defense, the Ministry of Information, and various authorities of the government have become active against the Adivasis, the latest example of which is the directive issued on 19 July 2022 from the headquarters of the Director General of Defense Intelligence.

However, in addition to ratifying ILO Convention No. 107, the government’s five-year plans have pledged to implement the United Nations Declaration on the Rights of Indigenous Peoples of 2007 and the ILO Convention No. 169 on Indigenous and Tribal Peoples of 1989. Meanwhile, the government’s 19 July 2022 directive banning the use of the word “Adivasi” citing constitutional obligations has sparked strong reactions among netizens.

Eminent lawyer Imtiaz Mahmood wrote on his Facebook wall, “There is no obligation in the law of Bangladesh that the word “Adivasi” cannot be used or that any particular community should be referred to as a tribe or small community, etc. There is no such constitutional obligation.”

Another netizen named Mehdi Hasan Nobel mentioned, “It is Sheikh Hasina’s political flip! While in the opposition party, even in his speech as Prime Minister in 2009, she mentioned Chakma, Marma, Tripura, Santal, Oraon, Munda etc. ethnic groups living in Bangladesh as Adivasi. But now she is issuing a state notification terming the Adivasis as small ethnic groups instead of Adivasis. If you can accept as Adivasi in 1993, why can’t you in 2022? I demand immediate constitutional recognition of Adivasi.”

Ashok Kumar Chakma termed the government’s directive as ‘the whole brokerage’. He also wrote on his Facebook wall, “Now they are called as Indigenous Peoples in international law. Now whether to keep the Bengali translation of the term Indigenous Peoples as “Adivasi” or not, it is up to decision of the government for the sake of the Constitution. Since the constitution mentions ‘tribes, minor races, communities and ethnic groups’, the word ‘Adivasi’ should be deleted from the Bengali dictionary. Let the word ‘adivasi’ be removed from the Bengali language as well. Why should the Constitution only apply to the media!”

Sajib Chakma calls it the ‘indigenous ghost of the government’. He wrote, “In the constitution, the government has arbitrarily termed ‘small ethnic group’, ‘tribes’, ‘communities’ etc. against the wishes of the indigenous peoples. Governments can also do so by abusing power against the public opinion. But the constitution does not say that no one can use the word ‘adivasi’.”