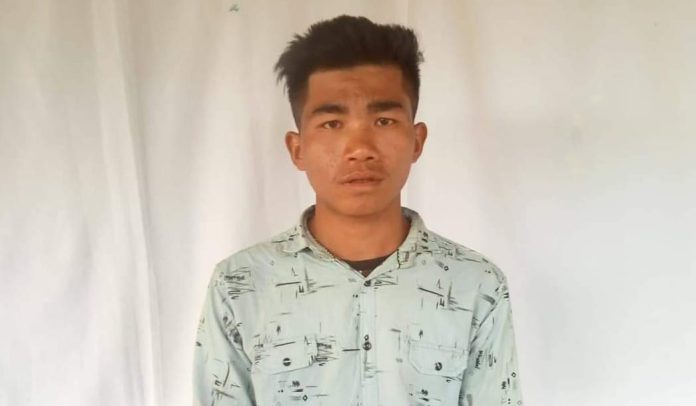 Hill Voice, 19 January 2023, Rangamati: An innocent Jumma named Lakshmi Bikash Chakma (21) has been allegedly arrested by the army in Sajek Union of Baghaichhari Upazila of Rangamati.

It is reported that he was arrested and handed over to the police station yesterday, Wednesday (January 18) at 3:00 pm.

The arrested youth is known to be the son of Medeye Chakma of Jora Bridge area of Kabakhali Union of Dighinala Upazila of Khagrachari. He is a day labourer by profession. He works as a day labourer in someone’s house at Area No. 6 in Machalong of Sajek Union.

According to local sources, the army arrested Lakshmi Bikash Chakma on Wednesday when he came from Marishya to Machalong Bazar with the documents of a service holder in BRAC. The army handed him over to Machalong police station along with the said documents.

When the local elders went to the police station to get the innocent youth out of the police custody, the authority of Machalong police station informed that it is not possible to release him in the custody of anyone except the Chairman of the Sajek Union Parishad.

However, today (January 19) at around 5:00 pm, the police of Sajek Police Station have handed over the arrested Lakshmi Bikas Chakma to his family.